Chief Lamansky, began his Fire Service career over 30 years ago. A Denver paramedic from 1983-1990 he earned his Bachelor’s Degree in Business Administration at the University of Colorado in 1985. From 1990-2010, he was with the Federal Heights Fire Department, north of Denver, where he served as its Captain from 2000-2010. In addition he coordinated the Firefighter Academy at Red Rocks Community College from 1998-2007.

After a brief stint with the Department of Homeland Security, he returned to the fire service as a Firefighter/Paramedic with The Kiowa Fire Protection District in November, 2010. An Elizabeth, CO resident since 2004, Chief Lamansky and his family moved to Kiowa in 2011.

Chief Lamansky, who “always wanted to be in Emergency Services ever since I can remember,” knows the passion and dedication needed of firefighters and medical personnel, and carries it to the job every day. His commitment has always been and will continue to be service to the community.

Austin Garza joined Kiowa Fire District in 2014 as a Volunteer Firefighter. Since joining the department he has obtained his Fire Officer 1, Hazmat Operations, State Proctor, CPR Instructor, and S130/190 Certifications. In 2015 he became an Emergency Medical Technician (EMT) through the South Metro Fire Authority training program. Austin became a full time firefighter at the beginning of 2016 and was promoted to Lieutenant in December of 2016. Every day Lieutenant Garza strives to better himself and his community.

Connor Burke joined the Kiowa Fire District in 2011 serving as an EMT/Firefighter and  Shift lead.  He was promoted to  Lieutenant in 2013. Connor, a life long Elbert County resident, has a family tradition of working in the fire service.  Connor began his service immediately following high school when he became an Emergency Medical Technician (EMT).  Connor then proceeded to obtain his Firefighter I and Hazardous Materials Certifications through Red Rocks Community College. 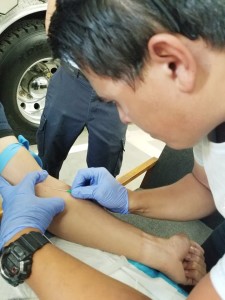 Sid Morrison FF/EMT
Sid is working to get his bachelors degree in Fire and Emergency Response Administration, and currently in our fire academy to obtain his Firefighter-1/Hazardous Materials Operations certification’s. 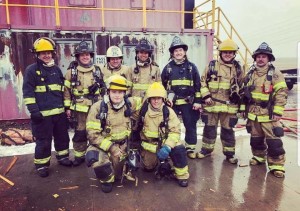